How to open EXE files on MAC? | Run Windows in MAC 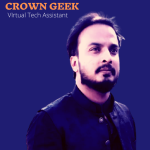 In this article, you will learn how to open exe files on Mac with the best and free software.

What is an EXE file?

EXE is a short form of “executable” and standard file extension for all Microsoft users to open Windows programs.

The content of an EXE file may include code and reference details that can be used to load associated developer files included in the corresponding application.

Below you will read how to open EXE files on MAC.

How to run EXE on MAC?

How to open the EXE files on MAC?

Exe files are for made for Microsoft users but now there are several ways to use.EXE in MAC.

There are 3 ways to run.EXE file on MAC and all the software comes with the paid and free version if you want to run Windows on MAC free.

How to open EXE files on MAC

WINE or other similar emulators in the market. WINE is an Emulator that will help you to open Windows.EXE file in MAC.

To be very honest this Emulator may not work sometimes, in this case, you can try the second and third methods. WINE is free How to use WINE to open exe files on mac?

FILE JUICER only helps in searching files inside the .EXE folder, it won’t open .EXE files.

It searches the entire file byte to byte. File types such as JPEG, JP2, PNG, GIF, PDF, WMF, PICT, BMP, EMF, HTML, ZIP, FLASH, MP3, WAV, AVI, MPG, MP4, AU, AIFF or any text file will be saved to your desktop or another folder you choose. Install a virtual machine on your MAC and run any operating system you want.

Load Windows OS to use all their features and .EXE files. In this method, you are not running EXE on MAC but on windows.

There are many programs in which you can install and load other OS in your MAC. Few I will recommend are

Needs a MAC OS with an Intel processor, and why I recommend this because it does not require to restart your MAC every time you wish to use WINDOWS.

Parallels Desktop automatically detects what you need to get started with so you are up and going within minutes, you will be prompted to download and install Windows or any existing operating system.

You will need a copy of Microsoft Windows
Install on a part of your hard disk
Make sure this drive is always free of malware and viruses.
Keep MAC part of your disk separate from Windows

Needs a MAC OS with an Intel processor and its an alternate option to Parallel Desktop.

Apple MAC is now coming with the Intel process built on it through BOOTCAMP, which allows installing a real Windows operating system on MAC.

It’s just like you switch your user account similarly you can switch between MAC and Windows by simply restarting the device.

How to use Bootcamp on MAC?

Here Windows operating system works at a very good speed which is also a very good feature for MAC users.

It makes you feel like having both Windows and Apple devices on the same computer. How to Enable DApp Browser on Trust Wallet (Android & iPhone)

One thought on “How to open EXE files on MAC? | Run Windows in MAC”

What are Unsettled Funds in Robinhood (2022) | Withdraw Funds